Several powerful heroes and villains are featured in Jojo’s Bizarre Adventure animes. Who do you think the strongest? Here is top 10 the most powerful characters in the popular anime series! 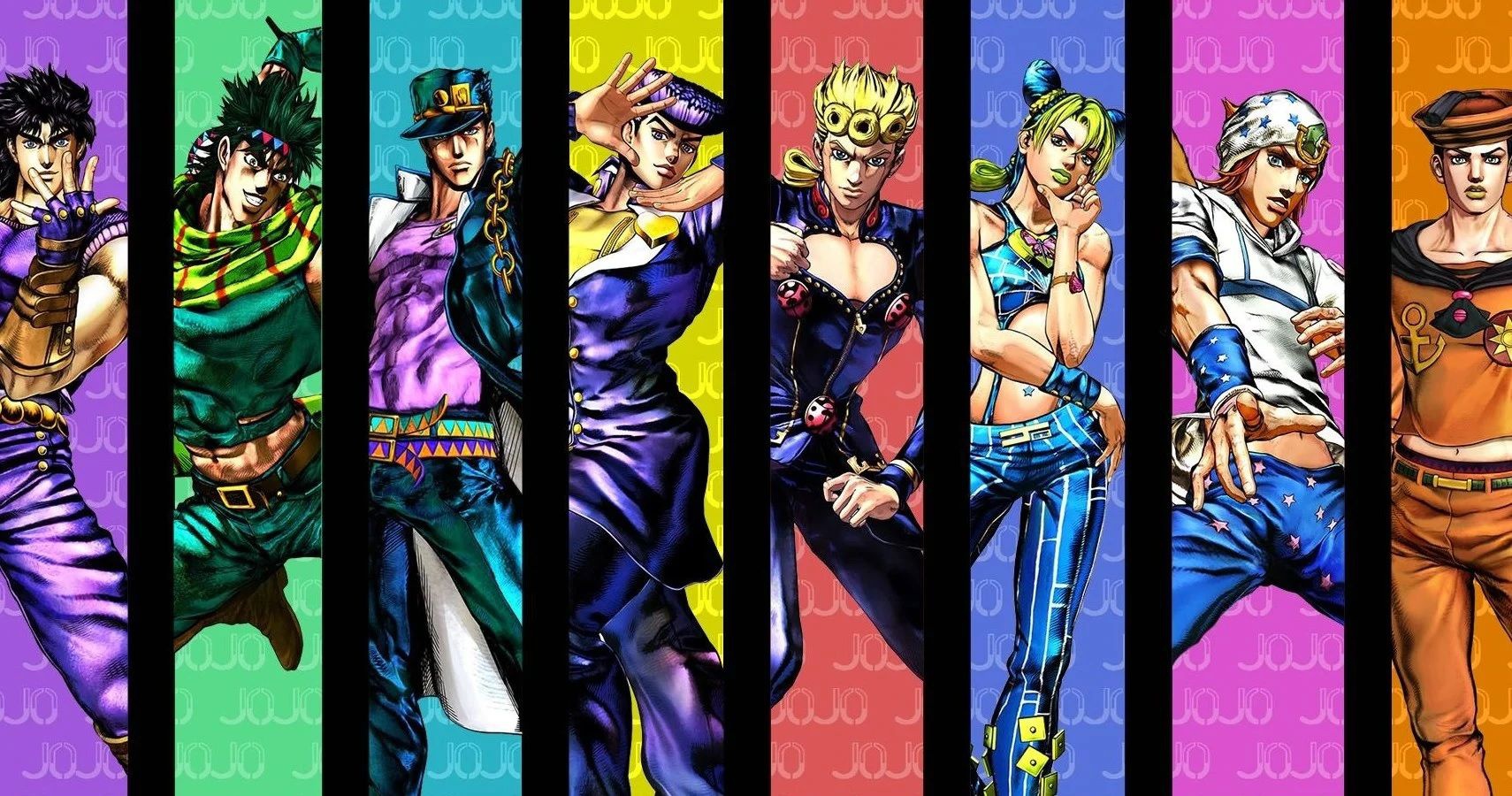 10. Carne Could Devour Any Enemy With His Stand, Notorious B.I.G 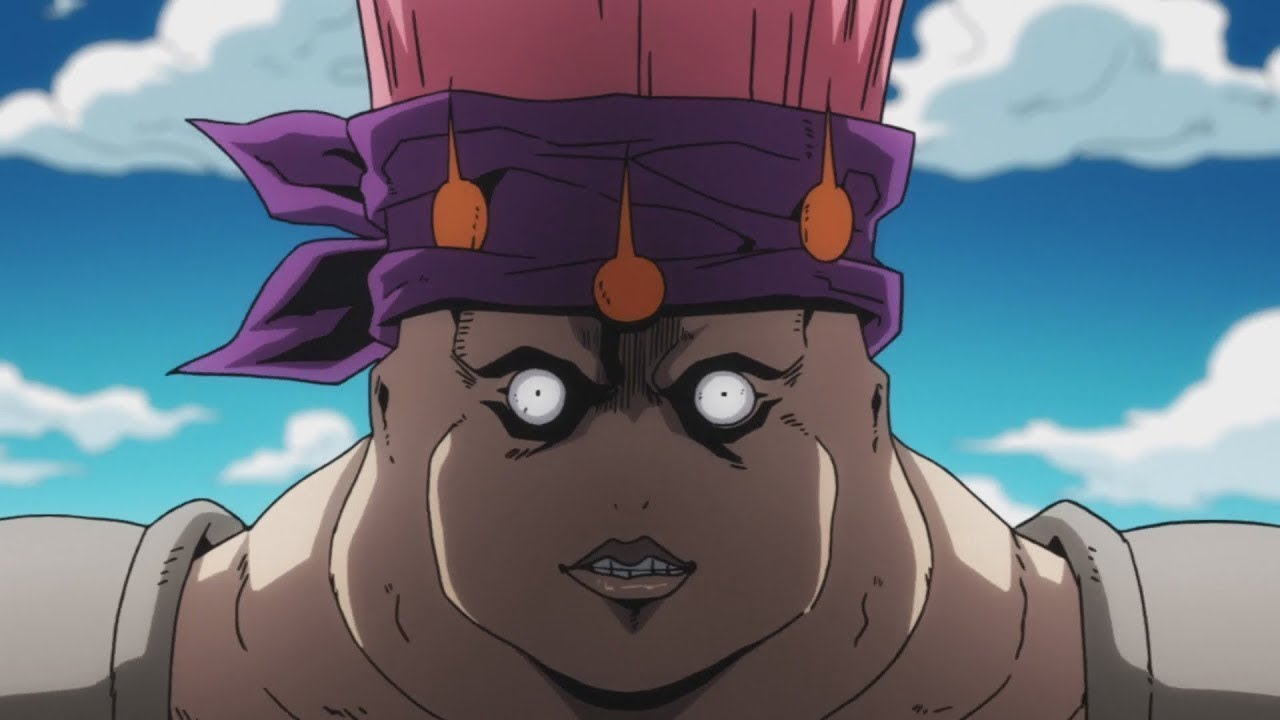 Carned was known as an odd villain, since his incredible powers are activated after his death. Once he lured Guido Mista into shooting and killing him, Carne was able to launch his attack with his ravenous Stand, Notorious B.I.G. This thing was downright unstoppable.

Notorious B.I.G acts entirely on its own, sensing motion to track its next victim. This Stand can gobble up anything and grow bigger, and there was no obvious way to destroy it. This Stand was defeated by being dropped into the ocean, where it couldn’t harm anyone.

9. Vanilla Ice Could Take Out Nearly Any Foe With Cream 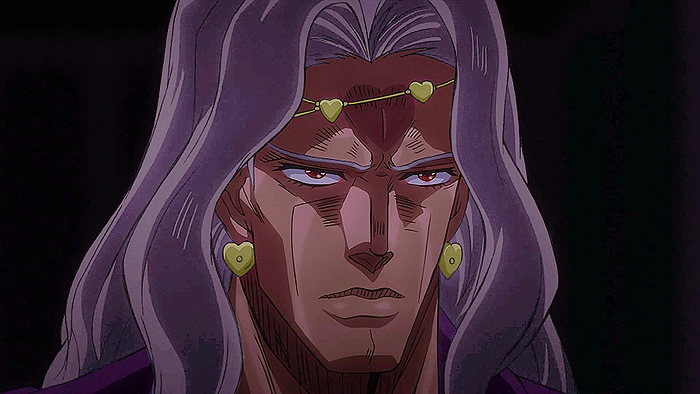 This vampire Stand user appeared near the end of Stardust Crusaders, and he was one of the strongest Stand users of the entire arc. Vanilla Ice’s Stand, Cream, was a humanoid that could be worn like an oversized suit of armor, and Vanilla Ice often operated it while nestled inside.

Cream can enter an alternate dimension and attack out of nowhere, making it difficult to predict or evade. It can also vaporize anything it eats, teleporting the matter to who knows where. Both Muhammad Avdol and Iggy met grim fates at the hands of Cream until Polnareff finally triumphed.

8. Wamuu Was The Master Of Wind 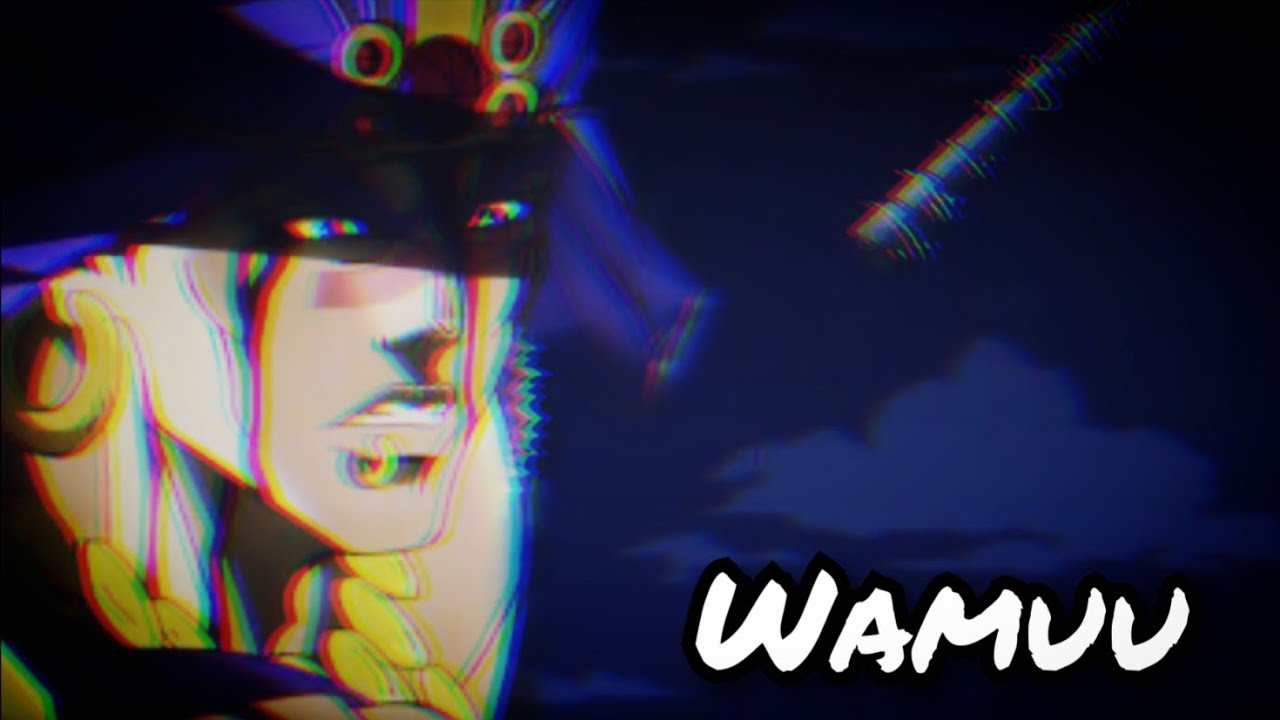 Wamuu was one of the Pillar Men whom the hero Joseph Joestar faced, and he nearly won during his chariot race with Joseph one fateful night. Wamuu can control wind, and that, combined with his great physical strength, made him a formidable foe.

Wamuu can create a divine windstorm to shred human foes to bits, and he can use even stronger wind-based moves, at the cost of needing time to recuperate after using up so much energy. He’s also a crafty tactician, making him even more deadly.

7. Yoshikage Kira Could Blow People Up Out Of Nowhere 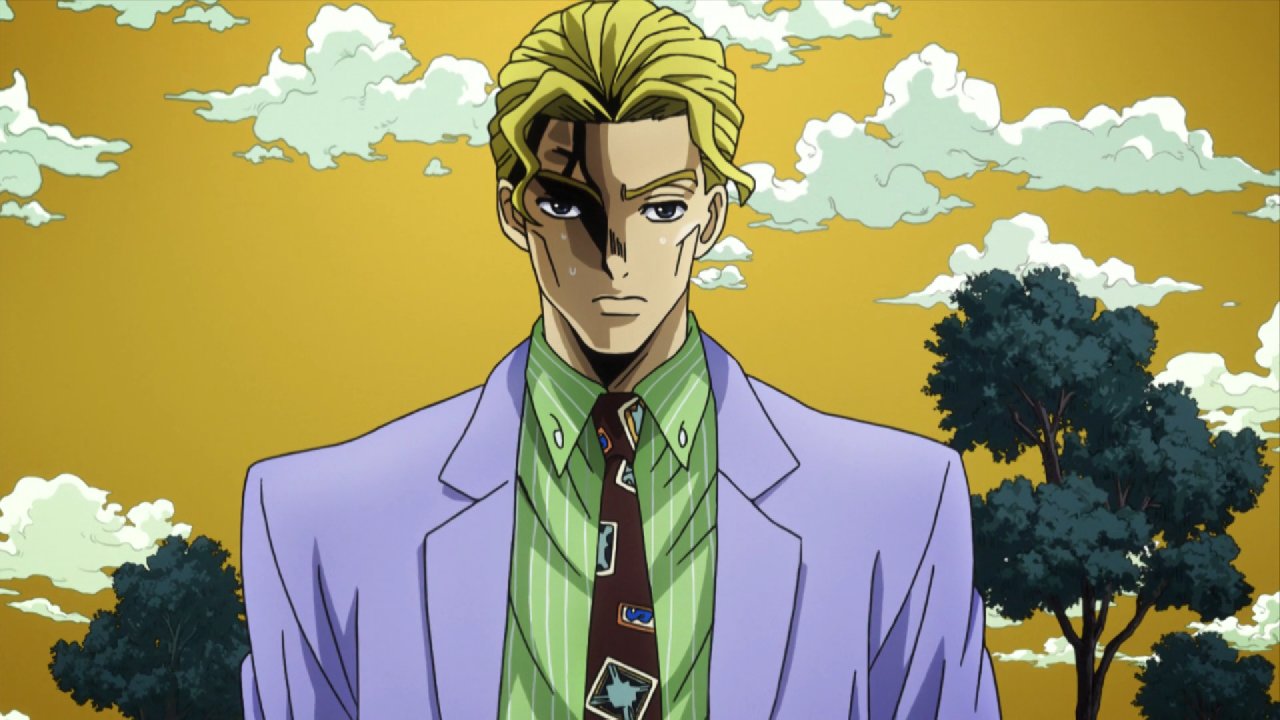 The assassin-like villain Yoshikage Kira haunted the Diamond is Unbreakable arc, lurking in the shadows and killing women to steal their hands. Kira is a bit awkward in a straight-up fight compared to characters such as Wamuu, but his powers are truly fearsome, and he often uses the element of surprise to his advantage.

Kira can turn anything, living or not, into a powerful bomb with a touch, and this power is ideal for laying traps. His Stand, Killer Queen, can also perform melee attacks, and Killer Queen has a mini-Stand called Sheer Heart Attack that will chase the enemy and blow up. It’s near-indestructible, too.

6. Josuke Higashikata Can Punch Or Repair Almost Anything 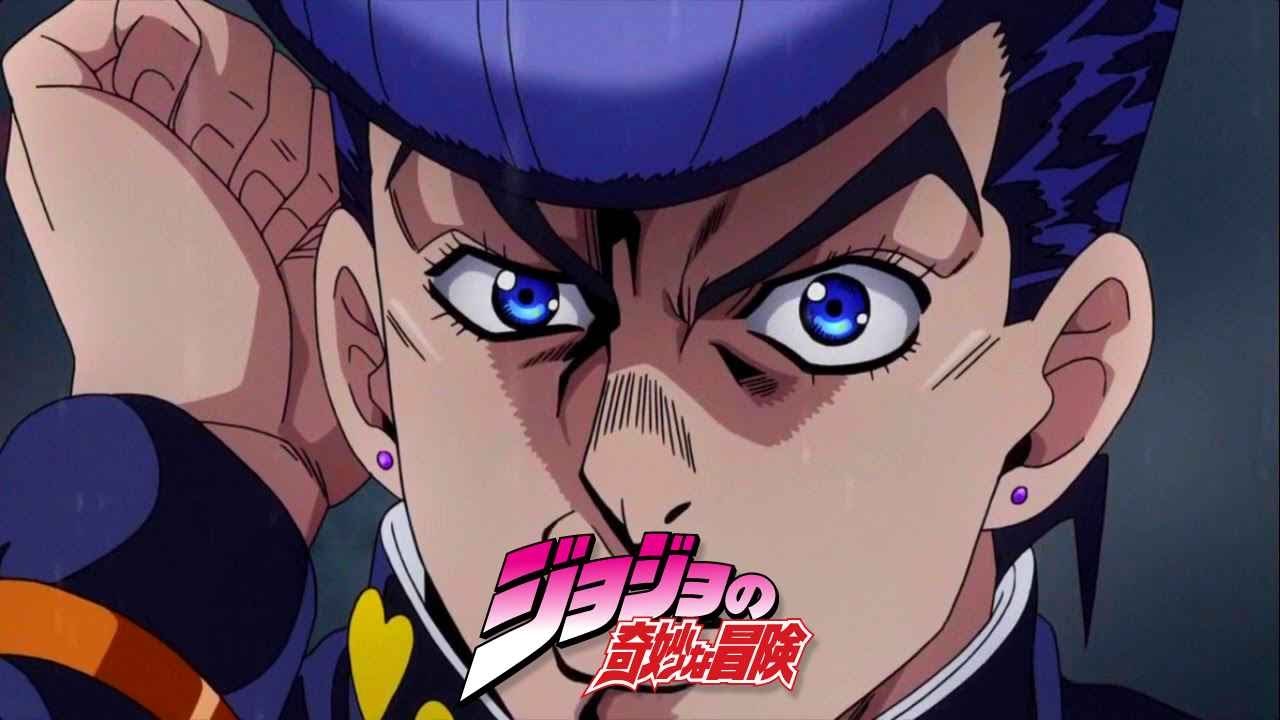 If punching was Josuke’s only trick when using Crazy Diamond, he wouldn’t be nearly as impressive as he is. Crazy Diamond is a powerful melee Stand, to be sure, but it can also fix or heal things by striking them, and that power is shockingly flexible in combat.

With that repair ability, Josuke can heal his allies, trap enemies inside damaged objects by repairing them, track enemies by repairing them and having the broken-off piece follow them, and much more. It helps that Josuke has a clever and resourceful mind, too.

5. Jotaro Kujo Was The Ultimate Fist-Fighter With Star Platinum 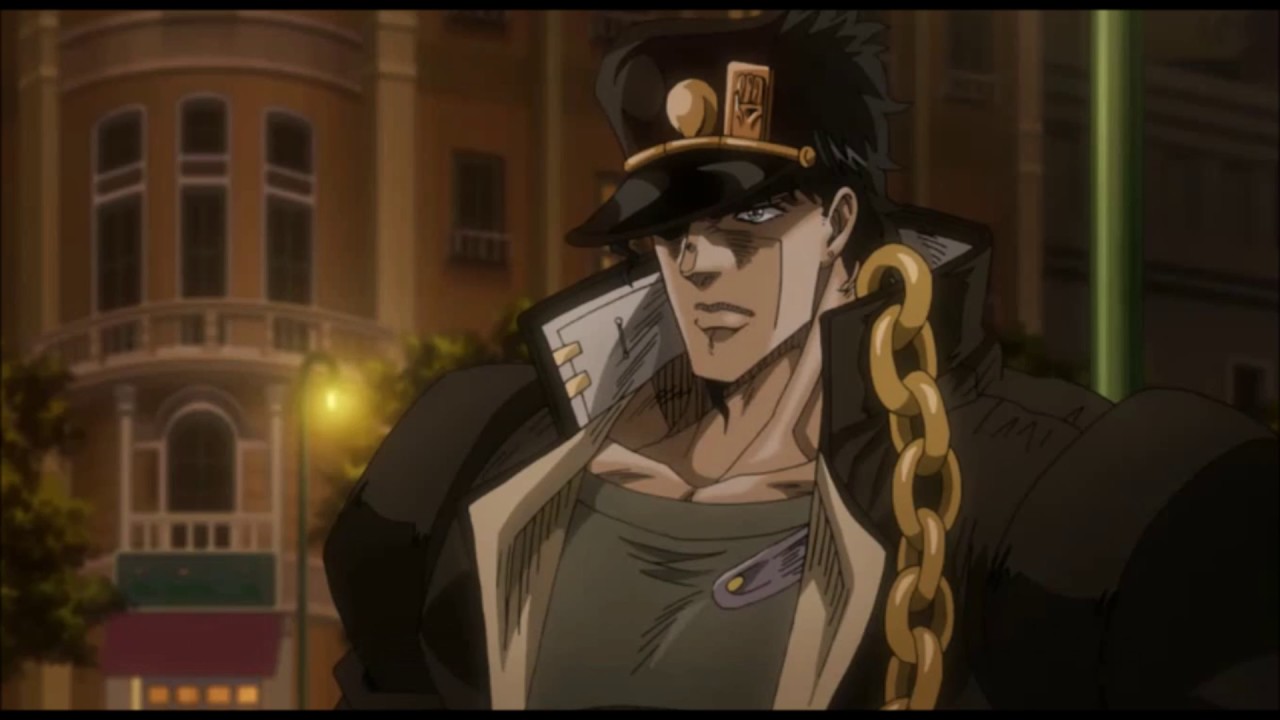 Jotaro Kujo is arguably the most iconic hero of the franchise, and he was the one who triumphed over DIO during the climax of Stardust Crusaders. Jotaro is a sly and stubborn fighter, like his grandfather, and he has a Stand to match: Star Platinum.

Star Platinum is the master of close-range Stand combat, boasting incredible speed, strength, endurance, and reflexes. After seeing The World in action, Jotaro was also able to freeze time for a brief duration.

4. Dio Brando Mastered Time Itself With The World 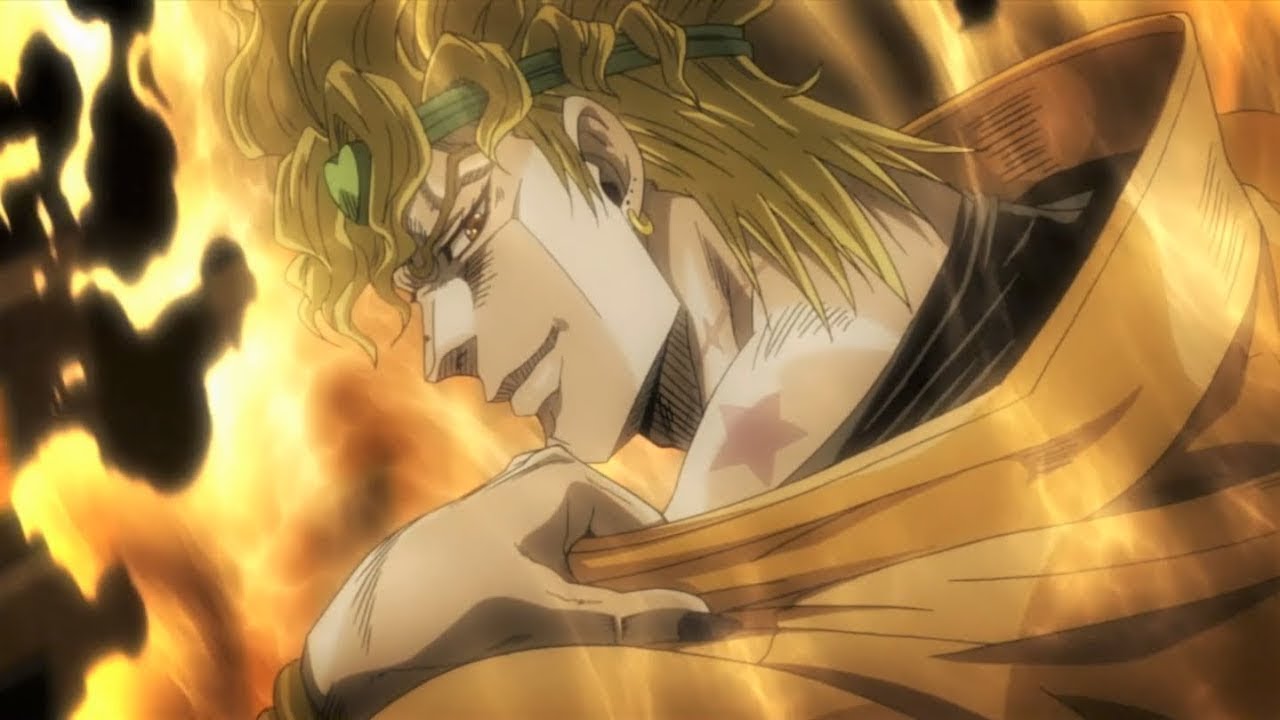 Dio Brando returned in the 1980s as DIO, the world’s most powerful vampire and the wielder of The World, a truly incredible Stand. DIO wasn’t as clever as Jotaro, but his Stand was slightly stronger overall, and DIO has the added benefit of being a vampire.

All this makes DIO nigh-unbeatable for most Stand users, and at one point, he could freeze time for well over eight seconds, more than enough time to slaughter his enemies with impunity.

3. Diavolo Could Cut Away Segments Of Time With King Crimson 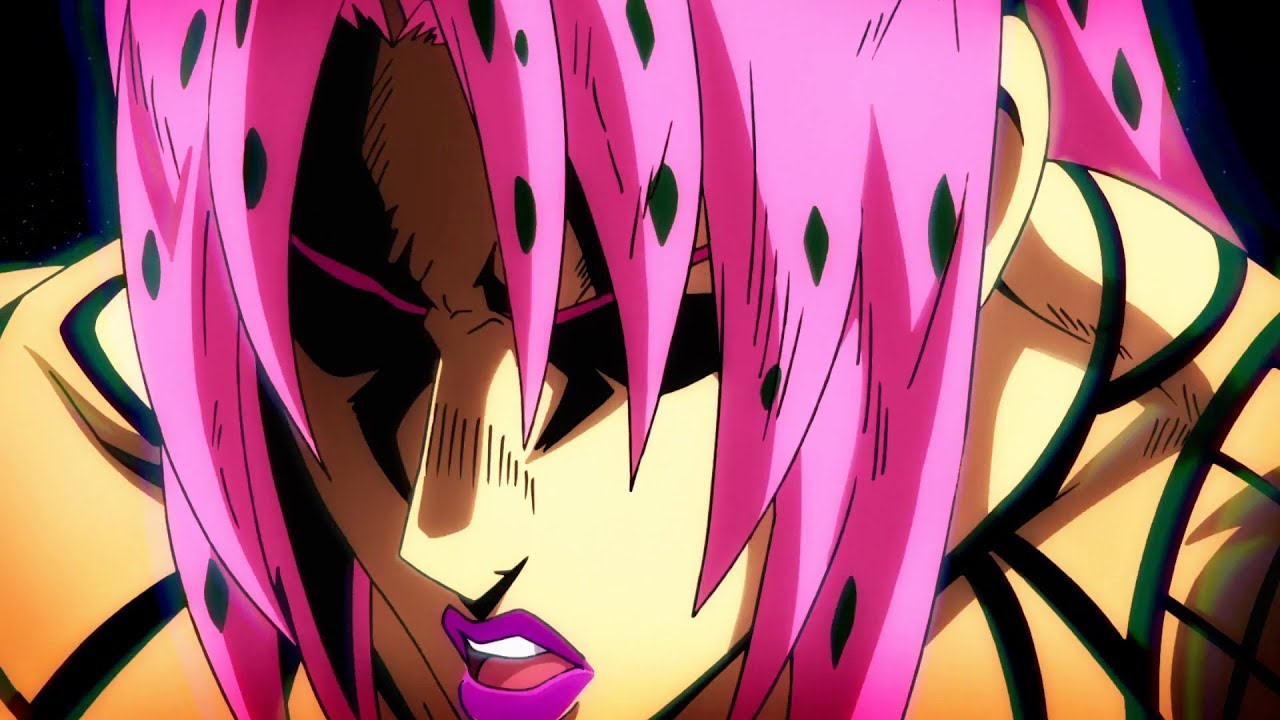 The ultimate villain of Golden Wind was Diavolo, the boss of the dreaded Passione crime family. He doesn’t like to fight in person if he can help it, but once Bruno Bucciarati’s squad cornered him, he fought back with his incredible Stand, King Crimson, and its fearsome ability.

King Crimson is a deadly melee fighter, and it can also manipulate time to avoid all enemy attacks while launching a counterattack. The time is then erased, but the effects of Diavolo’s attack still take place. Diavolo can easily outmaneuver and kill any foe with this ability.

2. Kars Sought To Become An Ultimate Being 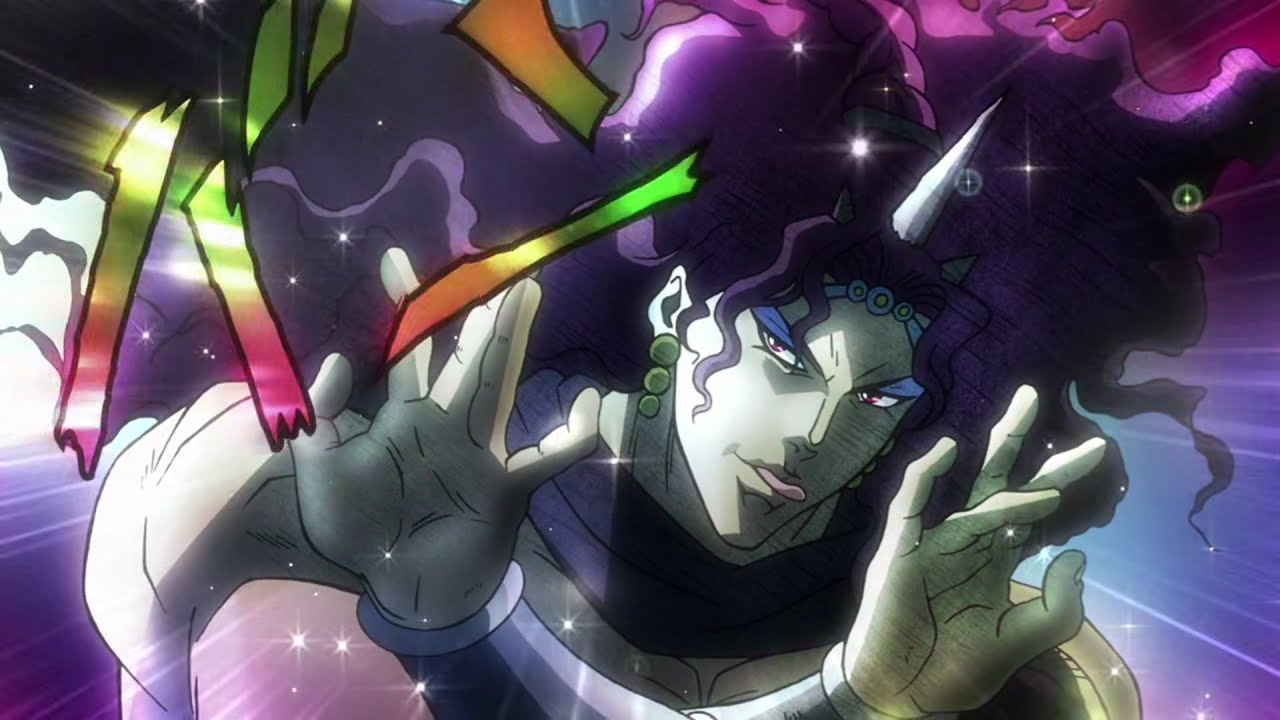 During the Battle Tendency arc, Joseph Joestar managed to defeat Esidisi and Wamuu, but Kars was another matter entirely. He had immense strength and speed, not to mention those blades, and then he became the ultimate life form once he used the Red Stone of Aja.

Kars became the embodiment of all life, from squirrels to birds and beyond, and he was seemingly indestructible. Not even the sun could harm him, and he survived a volcano, too. He was only defeated when he was flung into space, where he froze up. 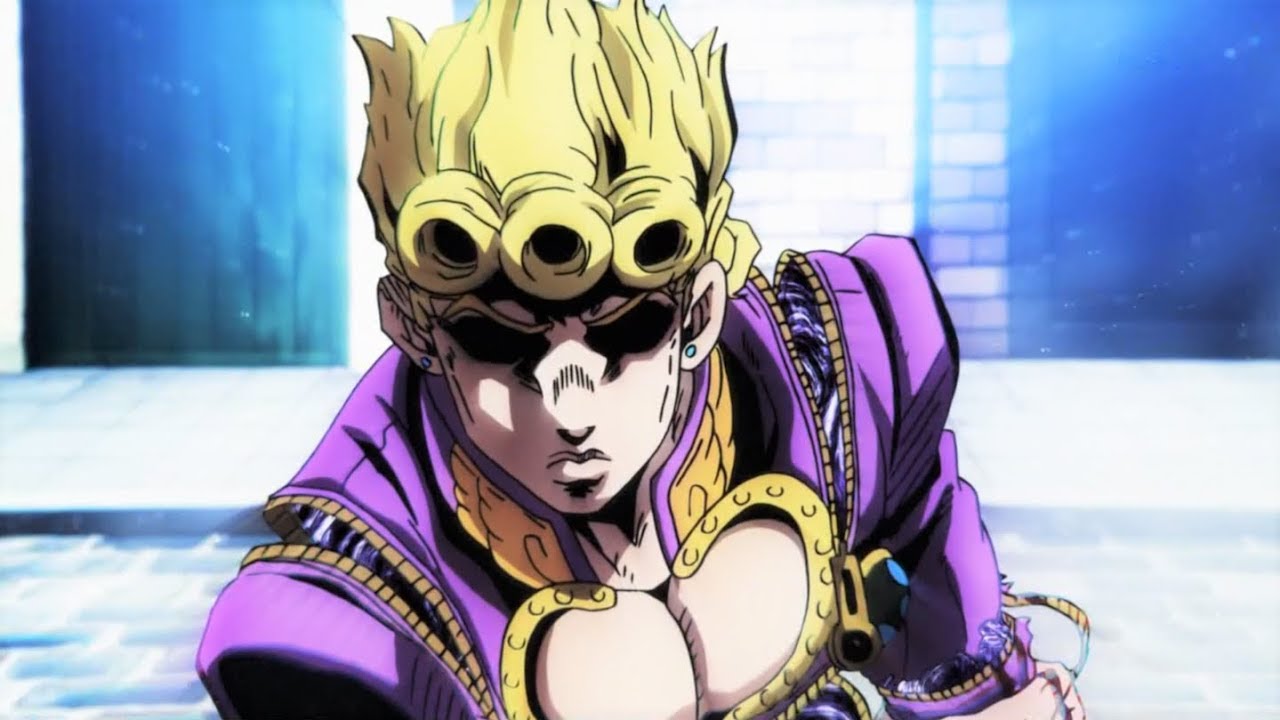 Ordinarily, Giorno Giovanna is quite powerful with his Stand, Gold Experience, but he’s not the strongest character of the entire JoJo anime. All that changed when he got his hands on Gold Experience Requiem via the Stand Arrow. Thanks to this power, he was able to defeat Diavolo at long last.

Gold Experience Requiem is the ultimate Stand in the JoJo anime thus far, and it can famously use its “return to zero” ability to trap a target in infinite loops of their own death. This ability is automatic and doesn’t require Giorno’s input at all. Diavolo was helpless as GER forced him to die forever and ever.

Your favorite characters are on this list? Find more amazing facts about JoJo’s Bizarre Adventure at our blog!

If you are a huge fan of this popular series, don’t miss out the special JoJo’s Bizarre Adventure Merchandise available at our store. Click here to get them home.

Take 10% off your first order by simply signing up below.